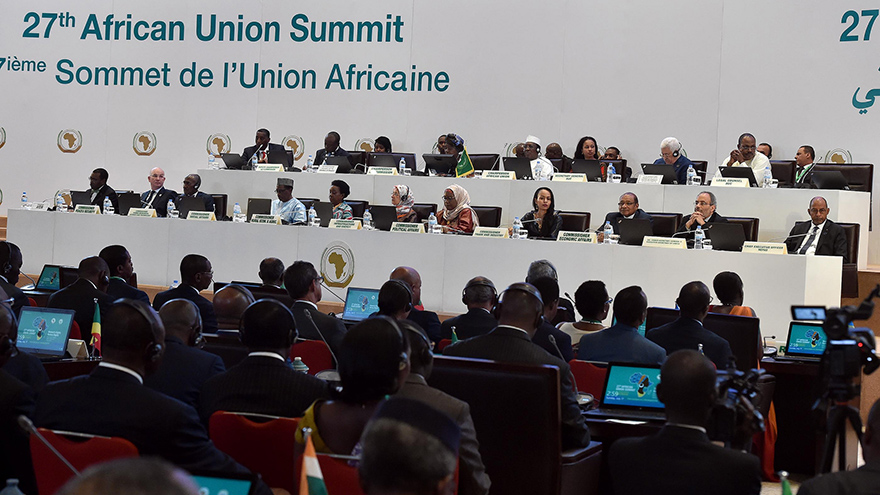 Last week the African Union launched the Africa Scorecard on Domestic Financing for Health. The launch comes on the heels of the adoption of the scorecard by the heads of state of the 54 African Union (AU) member states at the 27th AU Summit in Rwanda on 17 July 2016.

In news release, the AU said that the Africa Scorecard “is an important milestone in promoting financial planning, performance monitoring and accountability by players at various levels.”

Aims of the Africa Scorecard

The development and compilation of the Africa Scorecard have three goals:

There are a variety of reasons why this Africa Scorecard and the annual processes its implementation requires are important. Among these are that:

Africa is responding proactively to a changing environment – Donor financing for health has plateaued since 2007 and declined in 2015 for the first time in five years (see GFO article). The call for increased domestic investment and the tracking of domestic financing for health through the Africa Scorecard forms part of Africa’s proactive response to the challenge of dwindling and unpredictable development assistance.

Africa is refocusing its spending – to overcome decades of domestic underinvestment in health; to reorient African health systems away from a disease focus and towards “health in general”; and to better position the continent to meet its Agenda2063 vision and Africa Health Strategy, 2016-2030.

Africa is improving its capabilities – Countries will now track and report on important strategic indicators annually and present domestic performance against these indicators for discussion by their peers. In accordance with the Paris Declaration (2005), the Accra Agenda for Action (2008), and the Busan Partnership (2011) principles, the process will invest in and strengthen Africa’s existing country health systems and health financing capabilities to generate the necessary health financing performance data. In addition, all AU member states will conduct National Health Accounts (NHAs) annually and will upgrade their systems to adopt the latest World Health Organization (WHO) NHA methodology (NHA 2011). The WHO will support countries to conduct NHAs (annually) and will validate the data. Finally, AU member states are committed to ensuring that the WHO receives the resources necessary to provide this support at the continental level, using donor resources where necessary.

The Africa Scorecard tracks health financing performance over time and against peers:

The Africa Scorecard also tracks country performance in terms of:

Health financing data globally is notoriously poor and difficult to track. The best methodology available is the WHO’s system of NHAs. This methodology, however, is fraught with challenges. These include being unable to distinguish between domestic funds and on-budget donor support, or to comprehensively track donor funding. The data is also compromised by having to rely on estimates made on the basis of outdated data due to countries not conducting NHAs regularly.

The first iteration of the Africa Scorecard has been released by AU member states in the full knowledge that the data is far from accurate due to these limitations. To overcome these challenges for future iterations, the AU has partnered with the health financing unit of the WHO to formulate the indicators that make up the Africa Scorecard. The WHO are also revising the NHA accounting methodology to address some of these shortcomings. Finally, member states have committed to adopt the latest NHA methodology and to conduct an NHA every year in order to generate, over time, reliable and comparable health financing data.

How much should countries spend on health?

The AU has intended that the 2001 Abuja Declaration target – that AU member states allocate 15% of their government budget to health – provide such guidance. However, measuring performance against the Abuja target is difficult and the target seems inadequate on its own. By way of example, Malawi spent more than 16% of its government budget on health in 2014, meeting the target, and yet this amounts to spending just over $15 per capita on health. Such an amount is insufficient to provide a comprehensive package of health services.

Rather than determine a single benchmark, the Africa Scorecard chooses to provide guidance by tracking AU member state health spending against a target similar to the Abuja Declaration target (health spending as a % of government spending [rather than budget]) as well as against three established global per capita benchmarks (inflated to 2012 USD): the WHO-led Commission on Macroeconomics and Health (CMH) in 2001, the High Level Taskforce on Innovative International Financing for Health Systems (HLTF) in 2005 and revisited in 2009, and a Chatham House study conducted by Di McIntyre and Filip Meheus in 2014. The last of these benchmarks also tracks health spending performance as a percentage of GDP. Finally, although not indicated in this inaugural iteration, from 2017 the Africa Scorecard will incorporate performance against a new per capita health financing benchmark (disaggregated by region and income status) that the WHO will release in early 2017.

The AU has made the Africa Scorecard available on Dropbox in the four languages of the African Union. They can be accessed here.

This article appeared originally on Aidspan.org.

Paul Booth is an alumnus of the Blavatnik School of Government (MPP Class of 2015). He developed the Africa Scorecard on Domestic Financing for Health on behalf of the African Union, after 10 years working on HIV and TB globally.
Health
Africa