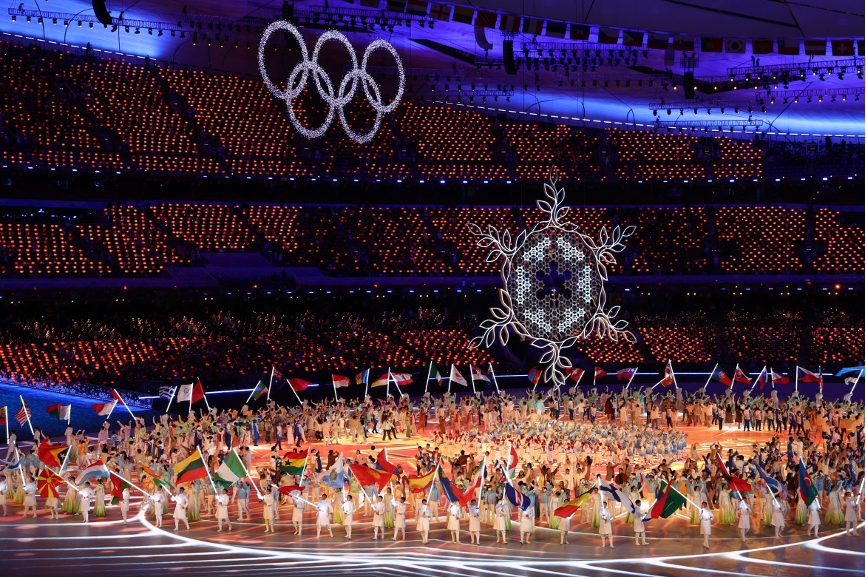 It has been 50 years since Japan normalised diplomatic relations with the People’s Republic of China in 1972. The year 2022 marks the first Winter Olympic Games in China and the 50th anniversary of the first edition in Asia – Sapporo 1972, in Japan. Closely held in the near past, the 2021 Tokyo Olympics and 2022 Beijing Winter Olympics have put both Japan and China under the spotlight of Olympic spirit, celebrating the new Olympic motto: “Faster, Higher, Stronger – Together” which recognises the unifying power of sport and the importance of solidarity.

With the notion of “Together”, championed by the Olympic Movement and needed more than ever, the 2022 Beijing Winter Olympics put forward the “Together for a Shared Future” motto. It is also the very first time in Olympic history that the cauldron was ignited with just a tiny flame, as the Beijing Olympic Winter Games aimed to be the first carbon-neutral games. Erik Solheim, former Executive Director of the UNEP and current President of the Belt and Road Initiative Green Development Institute called it a “testing ground for net-zero”

But there are some other 50th anniversaries we should not forget to celebrate in 2022. In 1972, several significant events happened that would change China and the world.

50th anniversary of the 1972 visit by Richard Nixon to China

Let us not forget how a US presidential trip made history 50 years ago. President Richard Nixon paid a visit to China as the first US head of state to set foot on Chinese mainland. The trip reshaped the international geopolitical landscape, altered the US-China relationship, and in a sense also laid the groundwork for China’s opening to the world. The two major countries’ relationship has blossomed since then. Indeed, today, 50 years later, it is all the more important to take the experience of the initial turnaround in US-China relations as a common treasure for both countries and to continue to draw upon the wisdom and courage to “seek common ground while shelving differences”(求同存异).

China and the United States could work together on a range of issues including climate change, the response to the COVID-19 pandemic, economic recovery, trade normalisation, and maintaining world peace. For instance, just a few months ago, in the midst of stalled negotiations at the COP26 climate conference held in Glasgow, the two countries issued the bilateral U.S.-China Joint Glasgow Declaration on Enhancing Climate Action in the 2020s, which provided a landing zone for COP26 to reach an agreement and further clarified the need to reduce CO2 emissions. While it is often believed by many that the US and China have competing interests, analysts found that the two countries can benefit from “a tango of two superpowers” teaming up with another country for trilateral cooperation, manifesting a new development cooperation modality that combines and complements North-South and South-South cooperation. In this regard, it is therefore not difficult to understand why Erik Solheim, President of the Belt and Road Initiative Green Development Institute, believes China’s Belt and Road Initiative and the US' Build Back Better World Initiative should be seen as complementary rather than competitive, as "cooperation must trump differences". “Our common ‘enemy’ should be the major challenge concerning the survival and development of both countries and mankind” said Ambassador Qin Gang at the Commemoration for the 50th Anniversary of President Nixon’s Visit to China.

50th anniversary of the establishment of Sino–Germany diplomatic ties

In August 1972, China imported mill production line equipment and technology from The Federal Republic of Germany and built it at Wuhan Iron and Steel Company. Two months later, in October, Germany and China signed the joint communiqué on the establishment of diplomatic relations. Sino-Germany relations have flourished since then, and continue to show strong resilience and potential. The Sino-German trade and investment relationship is gaining momentum. Since 2016, China has been Germany's largest trading partner worldwide. Nevertheless, it is believed by many people that the Sino-Germany, as well as the Sino-EU relationship, have reached a critical moment in recent years. Listening to each other becomes even more needed. On one hand, it is important to understand why narratives such as “Germany and China at a crossroads” exist from the German perspective; on the other hand, and in no way less importantly, let us not forget that “Cooperation is the right choice for this era's development trends” as pointed out by Ambassador Wu Ken. The German Chancellor Olaf Scholz also pointed out that “Germany’s policy towards China must be adapted to the Chinese reality” and that “Germany should cooperate with China in addressing the common challenges of the future of humanity”.

Germany is also perceived as a major member state with a key influence on the EU’s policies. Various mechanisms exist for EU–China cooperation, such as the EU-China Green Partnership. Over the years, the two sides have carried out pragmatic exchanges and cooperation in air pollution control, climate change, green growth, circular economy and other fields, and have made significant contributions towards promoting sustainable development in China, Europe and at the global level. Strong Sino-German ties could surely stabilise and reinforce EU-China cooperation and catalyse cooperation on the multilateral front in years to come.

It was also in 1972 that the Chinese and British governments agreed to exchange ambassadors, formally cementing a bilateral relationship that has become one of the most important ties between China and the West. It is in the deep interest of both China and the United Kingdom to cooperate on trade, investment, education, culture and even climate change. Nevertheless, a timeline of UK-China relations clearly shows ups and downs. It is understandable that there is almost always some domestic doubt about the “golden era” of relations between the UK and China, the basis of which some would argue “has disappeared”. We should nevertheless be more open to hearing voices from both China and the UK on cherishing the 50 years of diplomatic relations and mutual trust and indeed reflect, on both sides, about whether and how we might appreciate again the “ice-breaking spirit” and return to the “golden era”. As the famous British historian and key cultural “bridge builder” Professor Michael Wood says “unless you understand China, you won’t understand what are the truly universal values in human society on Earth, or what are just Western idiosyncrasies.”

Celebrating these 50th anniversaries reminds us of the spirit of “togetherness”

From a Chinese perspective, celebrating these important 50th anniversaries would remind and reinspire us that people from the East and West have greatly benefited from the institutionalisation of foreign relations, international cooperation and global governance in the past few decades. The world can only become a community with a shared future for mankind if we, together, all cherish the interdependence of international relations, and collectively provide global public goods fundamental to a shared global future of Anthropocene.

Yanzhu Zhang (MPP 2015) is an alumnus of the Blavatnik School of Government where he was the recipient of a David H Pollock and Tomislav Zegarac Memorial Scholarship. He has been a senior programme manager at the Foreign Environmental Cooperation Center of the Ministry of Ecology and Environment of China, and previously worked at World Bank (headquarters) in Washington D.C. and UNIDO (headquarters) in Vienna. He is a German Chancellor Fellow (2021–2022). The views expressed in this blog post are purely personal.