The youngest mayor in Germany shining a spotlight on local politics 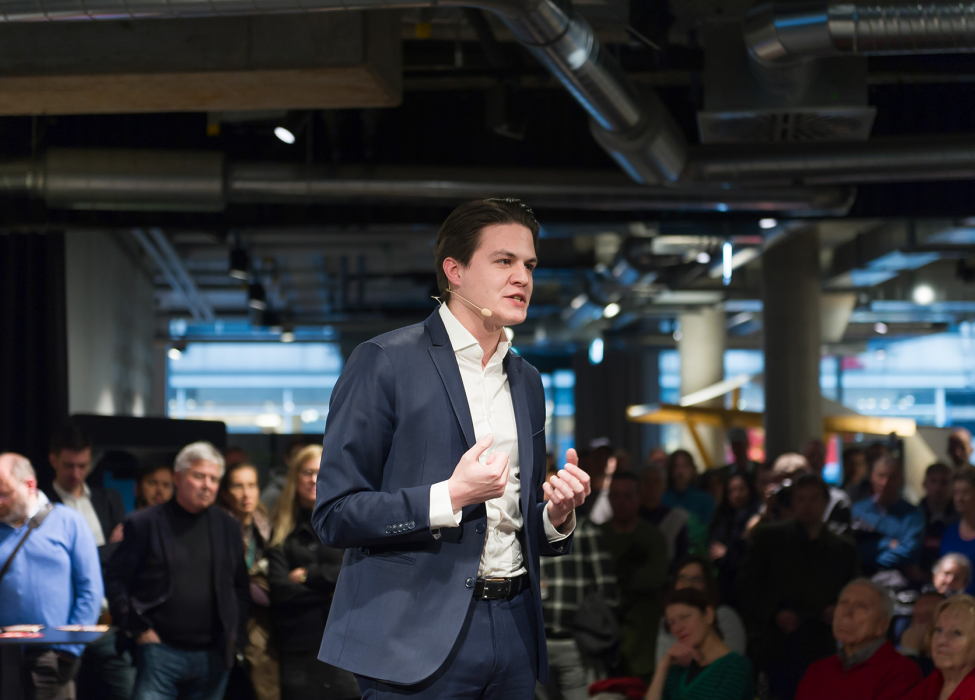 In May 2015, Marian Schreier (MPP 2012) took up office as Germany’s youngest mayor, having been elected in the town of Tengen, southwest Germany, after winning 71% of the vote share.

Marian turned 25 – the minimum age at which a person can run for mayor in Germany – three weeks before election day. “I had always considered running for elected office but didn’t think I would do so at such an early stage in my career,” Marian says. However, after visiting Tengen and finding himself impressed by the town and its people, Marian set his sights on becoming mayor.

Although he initially fielded questions about his age and relative inexperience, Marian was able to win the trust of the electorate: “I demonstrated that I was competent and up to the task of solving the community’s problems, so people took me seriously.”

Marian was part of the inaugural class of the Master of Public Policy (MPP). He credits the programme with equipping him with the knowledge and skills to run a successful campaign, and he continues to draw on lessons from the course.

“The strategic communications component, which included a session with experienced practitioners, taught me the importance of constantly refining a communications strategy.”

The focus on applied policy is one of the elements of the MPP that stood out to Marian in comparison to other programmes he had researched.

“I was drawn to the professional nature of the MPP; it goes beyond the theoretical foundation you gain at undergraduate level and teaches you how to turn that theory into practical action.”

Marian was able to immediately apply these lessons during his summer project at the headquarters of the Social Democratic Party in Berlin, where he proceeded to work on the 2013 federal election campaign. His subsequent move to local politics was in part driven by the opportunity to work in a more direct form of politics, and he enjoys the day-to-day interactions with citizens that are an intrinsic part of his job. For Marian, the most enjoyable aspect of his role is the range of policy issues he works on – from tourism to handling refugees to disaster prevention.

“During the MPP I developed subject-specific knowledge across a range of areas, which prepared me for the diversity of issues I deal with in my job.”

One of the policy issues that Marian enjoyed during the MPP was the interface between science and public policy. The course gave him the tools to interact with science as a public servant, from knowing how to read scientific reports and draw conclusions from the data, to understanding how to translate scientific evidence into policy. Recently, as the COVID-19 pandemic moved to the top of the political agenda, Marian drew on his scientific understanding and communication skills to coordinate measures to combat the pandemic in Tengen. “As an elected official, it’s not only about understanding the science, but also being able to translate the reasoning behind policy decisions to the citizens you represent.”

At the beginning of 2020, few could have known that disease prevention and preparedness would be the dominant topic of the year. The COVID-19 pandemic is a prime example of one of the biggest challenges faced by those working in public service: how to adequately respond to the a rapidly changing political, social, economic and environmental environment. “The fast-changing nature of the world we live in is particularly challenging because democratic processes are quite slow – they’re not designed to match the speed of events that we are witnessing outside. This is further compounded by resource constraints, both in terms of limited budgets and finite natural resources.”

“The MPP taught me essential concepts in economics and political philosophy, which help me to approach major political challenges with a clear understanding of the underlying frameworks.”

Marian is a strong believer in the power of local politics. He returned to the Blavatnik School in 2019 for the Challenges of Government Conference, participating in a panel on the nature of municipal government in the face of the increasing global growth of young, urban populations. He hopes to continue representing local voices as he prepares to return to his home city of Stuttgart to run in the November 2020 mayoral elections.