Technology-based solutions in the field of gender, conflict and development 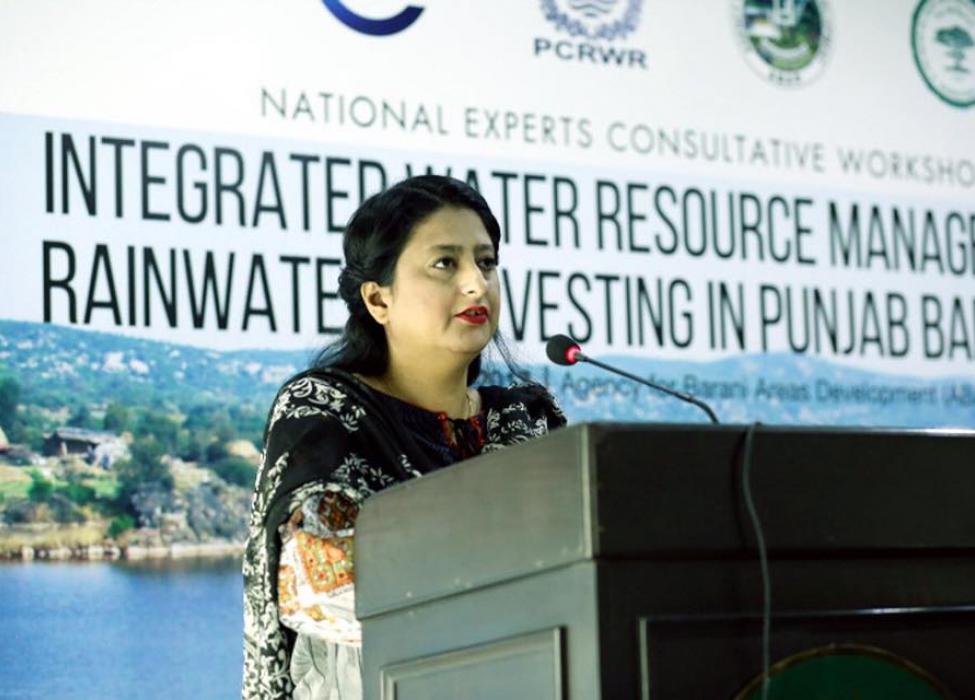 Quratulain Fatima (MPP 2015) came to the Blavatnik School to build on an extensive public service career in Pakistan. In 2001, she became one of the first women to join the Pakistan Air Force (PAF), where she remained until 2010. She then joined the Pakistan Administrative Service (PAS), where – prior to joining the School – she worked in rural Punjab at the intersection of gender, water and economic development. “I was managing a number of development projects and wanted to learn from examples from around the world,” she says. “The Blavatnik School’s global focus made it the perfect place to go for this purpose.”

“Being accepted to the Blavatnik School marked a new phase of my life. It was an honour to come to Oxford and walk in the footsteps of incredible icons like Benazir Bhutto [Pakistan’s first female prime minister, who studied at Oxford].”

Quratulain used the Master of Public Policy (MPP) to delve deeper into issues around gender, conflict and development. “During my time in the PAF, I served in the war on terrorism in Pakistan’s north-western front,” she says. “I witnessed first-hand how women are in many ways the first victims of such conflict.” She undertook her summer project in the World Bank’s Fragility, Conflict and Violence unit before returning to Pakistan.

“I felt strongly about returning to work in Pakistan and using my skills and experience to make an impact where it is needed most.”

In 2017, Quratulain was awarded a Build Peace Fellowship. She led the development of a system that used Geographic Information Systems (GIS) for water dispute management in arid areas of the Punjab region. Another element of the project involved facilitating women’s involvement in dispute resolution. Building on this work, Quratulain established an NGO, Women4PeaceTech.

Women4PeaceTech provides technological training and job opportunities for women in rural areas of Punjab. During the COVID-19 pandemic, the organisation has provided online support to victims of domestic violence. “There are many barriers to escaping domestic abuse – a lack of economic power is one such barrier. If women have the opportunity to earn their own livelihoods, they are more likely to be able to escape abusive relationships.” While the pandemic has exacerbated many of the problems that Women4PeaceTech seeks to address, it has also brought opportunities to counter these issues in innovative ways. “We’re currently developing an app enabling women to report domestic violence incidents – these will be transferred to a government database and initiate an immediate response.”

“In our society, many women have already been social distancing for a long time, in that they have lived with restrictions on their freedoms and cannot move around as freely as men. COVID-19 has made us think more deeply about how best to connect with women who are isolated.”

With a tireless dedication to improving women’s lives in Pakistan, Quratulain manages Women4PeaceTech alongside her full-time job in the Pakistan Administrative Service. As Deptuy Secretary of the Establishment Division, the human resources arm of the Government of Pakistan, Quratulain is implementing reforms to improve the openness and accountability of the civil service. One recent reform saw the introduction of revised performance contracts, replacing guaranteed progression through civil service grades with a system linking promotion to performance.

Quratulain is motivated by the feeling that she is making a difference every day in her work – whether through civil service reforms that improve government effectiveness, or improving the lives of women with Women4PeaceTech.