A Member of Provincial Parliament creating an inclusive society 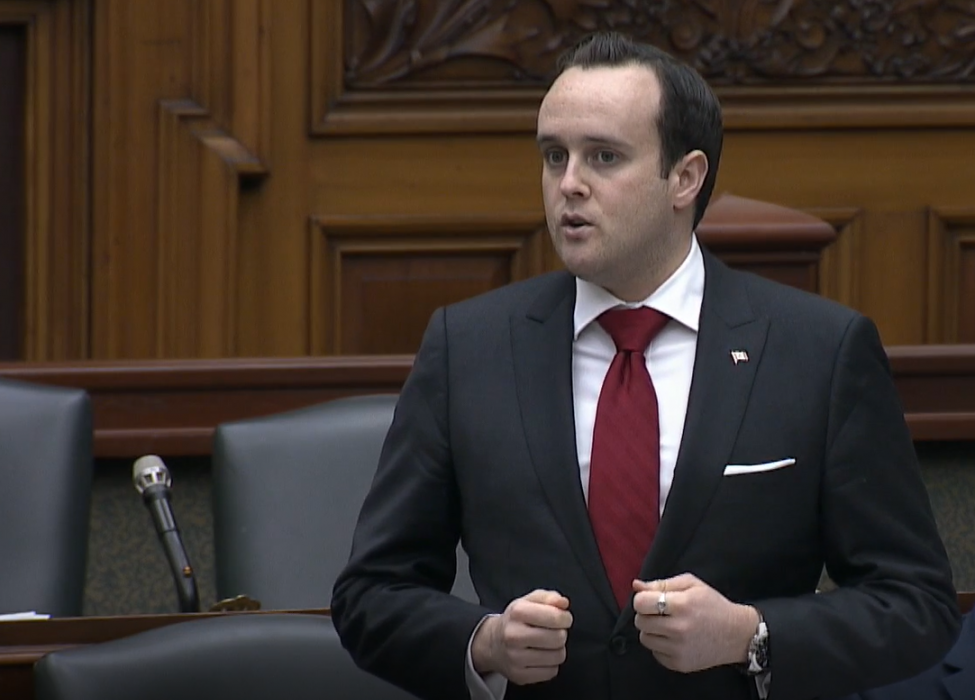 Jeremy Roberts (MPP 2015) was elected as a Member of Provincial Parliament in the Province of Ontario, Canada in June 2018. He represents the constituency of Ottawa West-Nepean in the Ontario Legislative Assembly. “My role is to be an advocate at parliament and to amplify the voices of my constituents”, he says. The Legislative Assembly makes law at provincial level on wide-ranging policy areas, including education, energy, and healthcare.

Growing up with a younger brother with autism inspired him to enter politics so he could advocate for and support individuals with developmental disabilities and their families. Before joining the Master of Public Policy (MPP), he worked for the Federal Finance Minister in Ottawa, with a focus on policies to help individuals with disabilities. Coming to Oxford to do the MPP was a way to connect with his British family roots and broaden his horizons before embarking on his election campaign.

“My entire education and career had been in Canada, so the Blavatnik School was a great opportunity to break out of the mould and look for solutions from around the world that could be applicable to my work.”

“While my family dealt specifically with the challenge of finding supported housing for my brother, there are a plethora of other issues that need to be addressed. We need faster diagnosis, a better and more supportive school system, employment support, and effective behavioural therapy – to name just a few.”

Youth civic engagement is another focal point for his work. Having started his political engagement at the age of 14 to fight for his brother, Jeremy wants to encourage other young people to get involved. His party, the Progressive Conservative Party of Ontario, recently undertook a review of Ontario’s education curriculum and he hopes that they will pursue a more comprehensive civic education programme to encourage students to engage with public service.

As a Member of Provincial Parliament, he works with experts in a variety of areas, and the multidisciplinary approach of the MPP has helped him understand their perspectives. “I find myself very often drawing upon my lessons and considering the philosophical, economic, and political elements of issues we are debating.” The insights gained from the behavioural economics module were particularly helpful during the election. “Having a better understanding of why people behave in certain ways was extremely helpful in crafting campaign strategy.”

Jeremy is grateful for the network he built while at the Blavatnik School, which has been a source of support and inspiration in his political career so far.

“During and after the course I’ve had the unique opportunity to draw on the experience of so many fascinating people; we were 117 students from 59 different countries. I’m still in touch with many of my classmates and when I was campaigning for election, I called on many of them for support and advice.”

He also cites the confidence he gained during his year in Oxford as a key advantage of the course that he will carry with him as he continues to strive for a more inclusive society.

“Having been tested by some of the brightest minds in the policy world, I believe I have a role to play and a unique perspective to bring. This confidence is hugely beneficial for someone going into politics.”