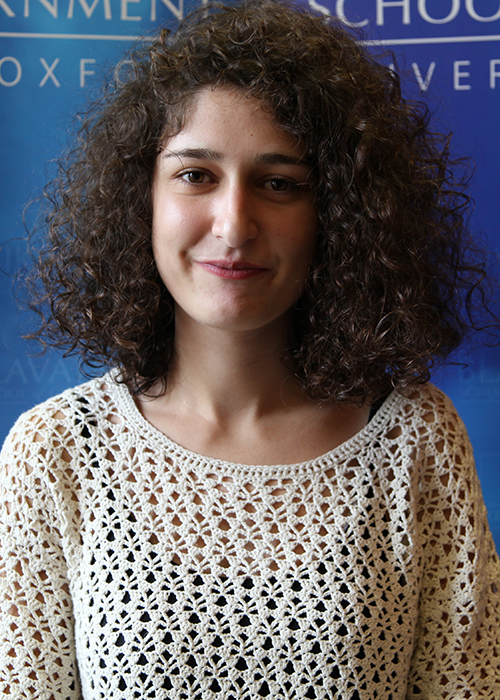 Zeina Ammar (MPP 2013, Lebanese) is the Advocacy and Communications Manager for Lebanon’s Anti-Racism Movement, a non-governmental organisation seeking to improve the lives of migrant workers in Lebanon. Driven by an uncompromising sense of justice, Zeina is building on an extensive background in grassroots activism and campaigning that spans from anti-sectarianism to feminism.

At the Anti-Racism Movement, she supports migrant workers to self-advocate on the issues that are most important to them: Lebanon’s kafala sponsorship system is at the top of the agenda. Widely criticised as a form of modern-day slavery, this system excludes migrant workers from labour laws and creates an exploitative power dynamic between migrant workers and their employers. “The system is entrenched in laws and policies, but also in the customs, traditions and cultural values of Lebanese society,” Zeina says. “In addition to policy change, our aim is to recalibrate people’s mentalities towards migrant workers.”

“I am using everything that I learnt about policymaking and government during the Master of Public Policy (MPP) to advocate for change from the outside.”

Zeina draws on lessons from the MPP to craft effective communications that resonate with their target audiences. “There’s a big difference between drafting a letter to government on a certain policy and writing a public statement to rally support,” she says. “The MPP helped me to consider the motives of a diverse range of stakeholders and understand how best to communicate with them.”

As the dual crises of Lebanon’s economic collapse and COVID-19 exacerbate the difficulties faced by migrant workers, Zeina’s advocacy efforts have contributed to a dramatic increase in media coverage of the current system’s injustices. “We are seeing increased willingness from policymakers to engage with the issue, as well as interest from new donors. Reaching the agenda of these parties was the first stage of the battle, and I hope to see change accelerate from here as we continue our efforts to tackle the oppression faced by migrant workers.”