The Kyoto Prize at Oxford

We joined forces with the Inamori Foundation to celebrate those who contributed to the scientific, cultural, and spiritual betterment of humankind. 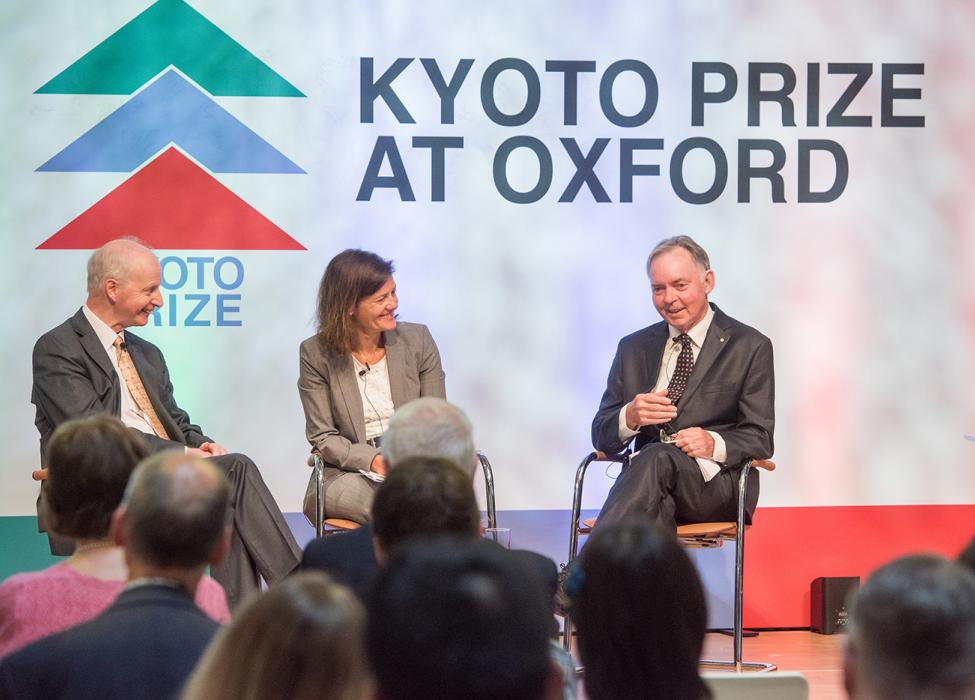 For full information visit the Kyoto Prize at Oxford website.

Often referred to as Japan's equivalent of the Nobel Prize, the Kyoto Prize is an international award organised annually by the Inamori Foundation to honour those who have contributed significantly to the scientific, cultural, and spiritual betterment of humankind.

The Inamori Foundation and the Blavatnik School of Government find a shared purpose in inspiring, educating and connecting individuals who strive for the greater good of humankind and society. Our approaches are distinctively different, and yet share many key values: a dedication to international understanding; a passion for the pursuit of knowledge in the service of public good; and a commitment to the future of our global society.

Each year, we bring the Kyoto Prize Laureates to Oxford and connect them with leading academics and major influencers in their fields, as well as with the public through a range of distinguished lectures, interactive seminars and panel discussions that highlight their impact:

The Kyoto Prize at Oxford is the final event of the Laureates' year, following the award presentation in Kyoto, Japan in November, and the Kyoto Prize Symposium in San Diego, USA in March. The new Laureates are announced each year in mid-June.