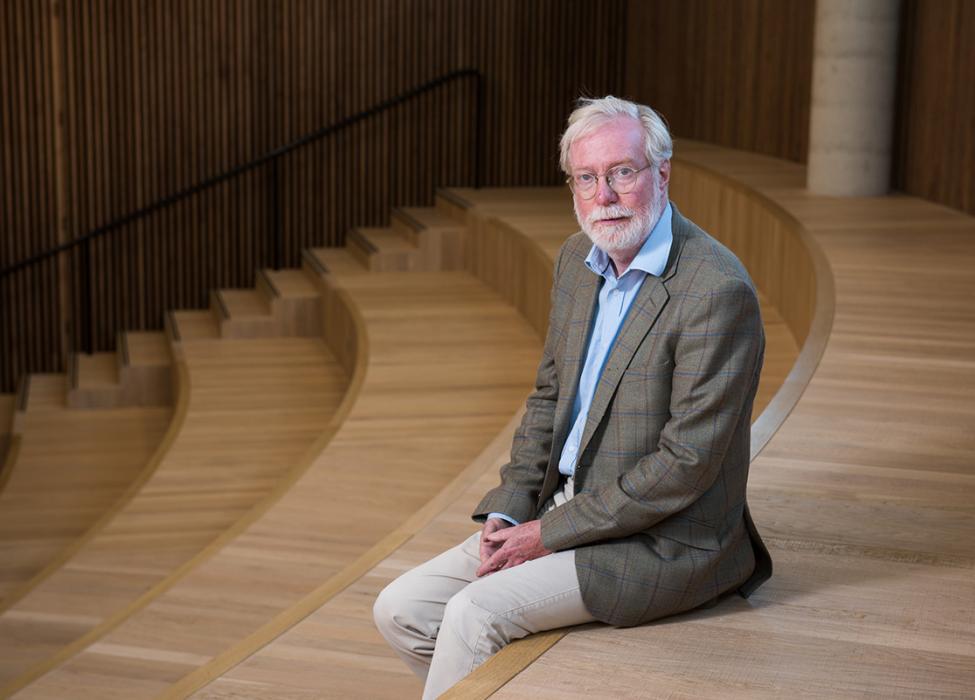 Sir Paul Collier is Professor of Economics and Public Policy at the Blavatnik School as well as director of the International Growth Centre. His research focuses on various strands of economic development, from migration and the refugee crisis, to urbanisation in low-income countries and the issues of democracy in countries with low-income and high natural resources.

Although Professor Collier has been with the School since the very beginning, he recently delivered his official Inaugural Lecture, a traditional event for Oxford University academics, which is titled “Why social science should integrate culture and how to do it” and focuses on his most recent research work. Collier’s thought-provoking argument is that “culture matters” and needs to be rehabilitated as a legitimate element of formal scientific analysis in political economy.

“For a generation, political science has focused on the analysis of the interests within the framework of a rational choice. Although this has allowed major advances, it has not provided an explanation as to why some parts of the world are still in suffering from social and political dysfunctionality” says Professor Collier.

If rational, individual choice was the sole motivation behind people’s choice, why countries which had honest, democratic elections – for example as Iraq with President Maliki and Egypt with President Morsi – have not enjoyed social peace nor good economic management?

“Recently, interchanges between social psychology and economics have broadened what is accepted as rational behavior. Culture can provide a fresh framework with different motivations and other-regarding values – such as esteem, fairness, hatred – and narratives that can influence expected behaviours.”

Take a core state function – taxation. A functional modern state is built on an effective tax system. The International Monetary Fund has asked African governments to adopt VAT, however this has resulted in a loss of revenue in several countries. To understand why, it’s important to understand the psychology of tax inspectors. A tax inspector can choose to enforce VAT legislation, thereby raising money for the government, or to sell fake VAT receipts – and this is where culture, in the form of internalised norms of integrity and trust, comes into play and can determine the efficiency – or dysfunctionality – of a public service agency, and – on a larger scale – of an entire country.

“Where cultures of corruption are pervasive, a dysfunctional tax administration or an impoverished society, may be trapped not only by the self-interests of the powerful elite, but also by the behavioural consequences of its norms, values and narratives,” continues Professor Collier.

This argument is particularly powerful when applied to conflict-affected states. The core of his new project, “Establishing state legitimacy and effectiveness in fragile and conflict-affected societies” is examining how fragile and conflict-affected states can build the capacity to function and how societal networks can shape ideas, in order to rethink international policy towards state-building. The project, in partnership with the London School of Economics and related to their work with the International Growth Center and its Commission on Growth in Fragile States, has just been awarded a British Academy Grant.

Professor Collier’s knowledge and expertise on the topic of economic development are accessible to everyone, anywhere in the world thanks to the University of Oxford’s first MOOC, “From poverty to prosperity: understanding economic development”. He is also working on his new book which will be published later this year.