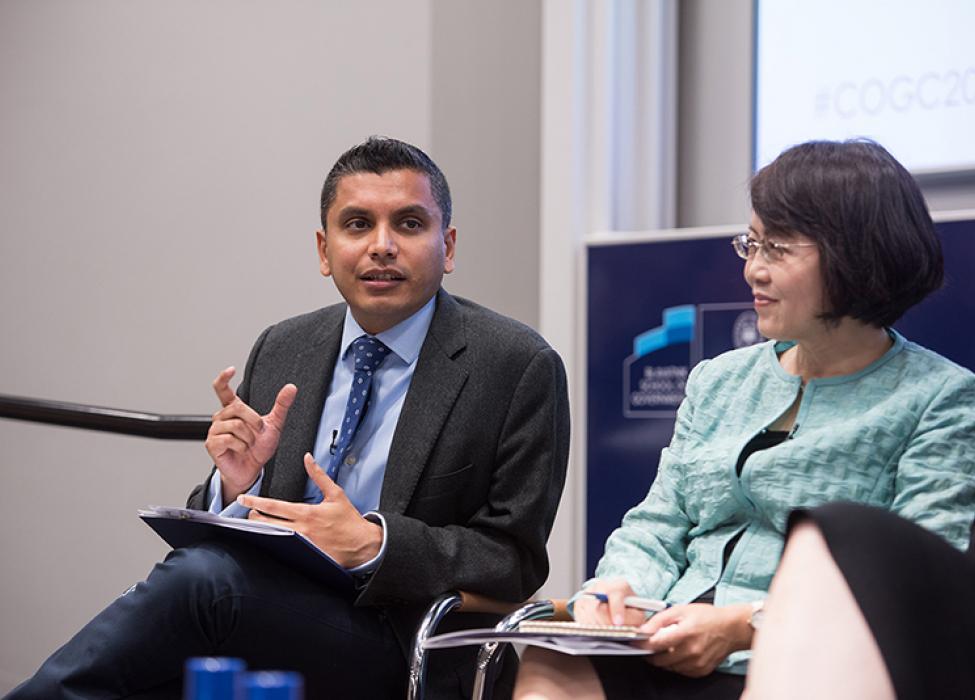 Capitalism is facing a crisis of trust in Western societies, particularly amongst the young. A recent survey from Harvard’s Institute of Politics found that amongst U.S. citizens aged 18 to 29, only 42% support capitalism as a way of organizing economic society. Support for socialism was at 33% in the same group. Relatedly, the 2017 Edelman Survey reports that about 60% of Britons and Americans believe “the system is not working.”

Karthik Ramanna, Professor of Business and Public Policy and Director of the Master of Public Policy, thinks these results can be explained, at least in part, by structural subversion of the rules of capitalism by elites in our societies. This subversion, he argues, is born of three factors: greed, a mistaken ideology, and a lack of leadership.

Karthik has spent a great deal of the last ten years focusing on how the rules of financial-reporting regulations in the economy are developed. “Financial reporting is the plumbing of modern capitalism – without it, life would be miserable. Financial reporting is how we know whether our savings are being invested productively. If it fails, the system can unravel.”

Karthik’s investigation of financial-reporting rulemaking has yielded two basic insights – that small groups of experts often shape the rules with little public accountability and that the rules usually favour these elite few.

These findings, he notes, underscore the broader problem in capitalism. The elites who shape the rules do so with little public oversight because of their unique expertise – an expertise gained from years of relevant experience. “But when it’s their turn shape the rules, these elites often do not view it as a responsibility to serve the commons,” he explains.

“Rather, they are motivated by their own self-interest. Partly this is just greed; but partly this is because they have come to see rulemaking itself as a basis for competitive advantage.” Karthik argues that elites are often motivated by a mistaken ideology that it is their responsibility, in a capitalist system, to pursue profit in all circumstances.

He notes that this ideology can be traced to what is taught in modern schools of leadership – in programmes of business, economics, law, and public policy. “It’s a particular misrepresentation of Milton Friedman’s famous dictum: ‘The social responsibility of business is to increase profits.’”

Karthik argues that this dictum is often taught without much nuance or context, thus enabling or legitimising self-serving behaviour by elites. “Universities bear a certain degree of responsibility for the crisis of trust in capitalism,” he points out. “We’ve abrogated the question of leadership when it comes to setting the rules of game for capitalism.”

Looking ahead, Karthik envisages that his research will focus on how we can “thicken” rulemaking processes in capitalism, so as to bring more accountability and leadership to these areas. The scope of this work is wide-ranging, he remarks, encompassing issues as diverse as rules around cross-border immigration and capital flows, corporate tax policy, and financial audit.

There are synergies between this research and Karthik’s role as Director of the MPP.

“Here at the Blavatnik School, we have the capacity to equip and inspire leaders who are then in a position to determine what the rules of the game will look like over the next generation. If we can work to develop an intellectual and moral programme that attunes individuals to ensuring that the democratic-capitalist system continues to work in the interests of the many, I think we have a very promising road ahead”.