Providing technical support to the Government of Zimbabwe 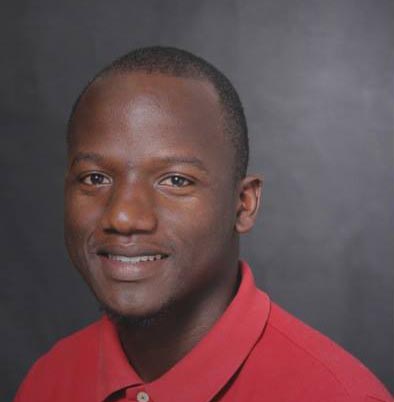 After completing his Master of Public Policy with the support of a full scholarship from the African Democratic Institute (ADI), Henry Mphwanthe moved to Zimbabwe to work as a Health Economist for the Policy and Planning Department of the Ministry of Health and Child Care. His role is part of the World Bank’s technical support to the Government of Zimbabwe.

Originally from Malawi, Henry has a background in global health financing and now works with the top Management Team of the Ministry, providing technical advice and policy evidence. Henry supported the team in drafting the first health care financing policy for Zimbabwe. He says:

“The most exciting work that I have been doing is developing and costing a health care strategy for Zimbabwe, which will be implemented from 2016 to 2020. On this work, I was nominated to be part of a 15-member taskforce comprising of directors of different departments within the Ministry of Health and development partners like UNICEF and WHO.”

He has also been involved in a variety of projects: for example, developing ways of tracking funds flow in the health system in Zimbabwe (resource mapping); designing and implementing a voucher programme for women to access free maternal health care services in the poorest parts of the two big cities of Zimbabwe with the goal of reducing maternal deaths among women in the country.

When we asked Henry about the main things that he valued from the MPP, he said all the courses have been instrumental to his work, and he still values the exercises on devising and writing ‘policy memos’ as they helped him to re-organise his thought process in dealing with policy challenges. The summer project was the favourite part of the course – he had the opportunity to work with the Chilean government in Santiago (Henry is the fifth from left in the picture above, taken during his summer project while visiting the presidential palace in Santiago).

“The summer project makes the MPP by far the most unique course at Oxford. It’s exciting to be able to deep-dive into a policy issue independently and come up with something meaningful from the project. For me, it was an experience and a half! With my half-baked Spanish, I was able explore what policy instruments the Government of Chile could implement in order to promote social innovation. Also, being my first time in South America, I took advantage and I was able to travel across the country and to other countries like Argentina and Brazil.”

Thanks to technology and social media, most Blavatnik School alumni are able to keep in touch with each other quite regularly. Henry confirms that the School community is truly global:

“I have always gotten the sense that the Blavatnik School of Government is one big family and now, one is always guaranteed to find a former Blavatnik School student in any part of the world. For instance, I was recently in Johannesburg (South Africa), Lusaka (Zambia) and Brussels (Belgium) where I met a good number of School alumni.”