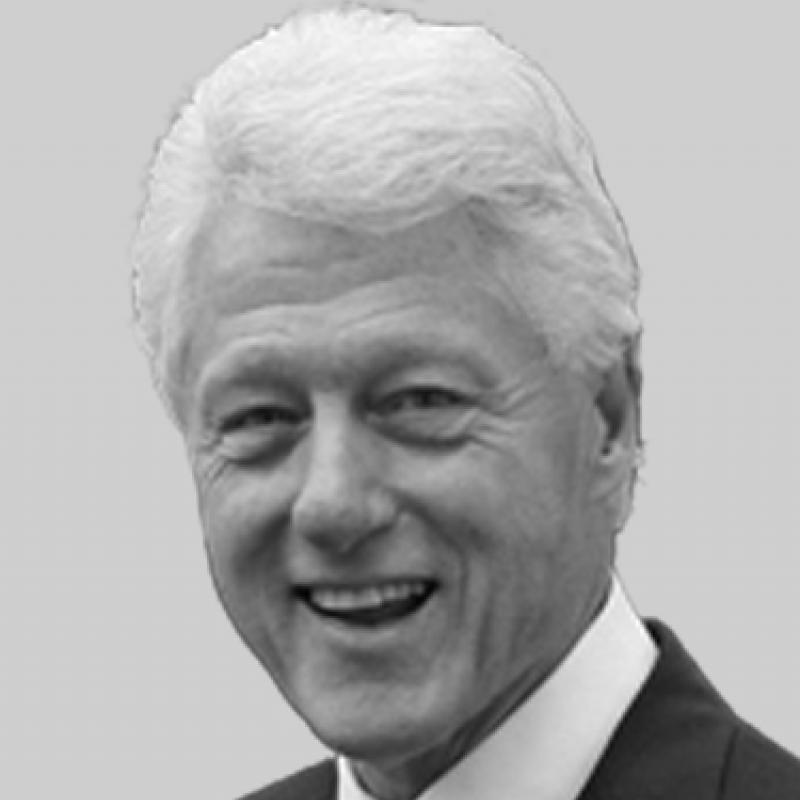 William Jefferson “Bill” Clinton, 42nd President of the United States, is the Founding Chairman of the Clinton Foundation and the Clinton Global Initiative.

President Clinton was elected as state attorney general of Arkansas in 1976, and governor in 1978. From 1993 to 2001 he served as the third youngest President of the United States, and led the country through the longest economic expansion in its history. He left office with the highest end-of-office approval rating of any US president since World War II.

After leaving the White House, President Clinton established the William J Clinton Foundation with the mission to improve global health, strengthen economies, promote healthier childhoods, and protect the environment by fostering partnerships among governments, businesses, nongovernmental organizations (NGOs), and private citizens to turn good intentions into measurable results. He also founded the Clinton Global Initiative in 2005, which brings together global leaders from the public, private and third sectors to devise and implement innovative solutions to some of the world’s most pressing issues.

Upon graduating from Georgetown University, Washington DC in 1968, President Clinton attended Oxford University as a Rhodes Scholar.  He holds a Juris Doctor degree from Yale Law School, where he met his wife, Hilary Rodham Clinton. In 2004 President Clinton established the Clinton School of Public Service at the University of Arkansas, the first school in the United States to offer a Master of Public Service.  The School aims to ‘educate and prepare individuals for public service, incorporating a strategic vision, an authentic voice, and a commitment to the common good’.