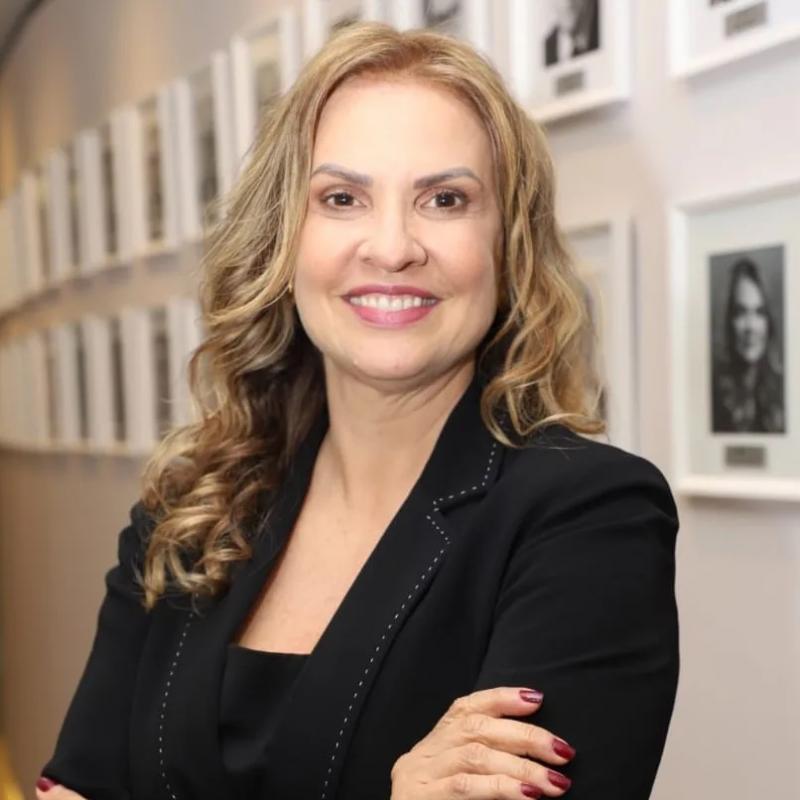 Leany Lemos is the former CEO of Extreme South Regional Development Development Bank (Brazil), a USD 3 billion portfolio institution, where she was also the (Credit) Operations Director.  From 2015 to 2020, she was Budget, Management and Planning Secretary at two different states in Brazil (Brasilia and Rio Grande do Sul), where she was responsible for State level Human Resources, Procurement, Assets Management, Data and Statistics Analysis, IT (Brasilia), Long Term Planning (pluriannual planning) and Budget. In both states, she conducted administration and pension structural reforms designed to solve fiscal policy imbalance and improve the quality of services - Rio Grande do Sul reforms won the National Prize on Excellence by the Centre of Public Leadership (CLP). She was the first woman to ever be in those positions. During the COVID-19 pandemic, she also coordinated a Data Committee at state level, articulating 140 specialists from 40 institutions (academic, government, health practitioners), to design, implement and monitor a social distancing system that became a benchmark in the country. Prior to acting as senior executive in the public sector, she had a 22-year career in the Brazilian Federal Senate, where she is a permanent senior staffer, and acted as Director of the Senate Environment and Oversight Committee and chief of staff to several senators.

Lemos holds a master's in Political Science and a doctorate in Comparative Studies of the Americas from the University of Brasilia. For her dissertation “Legislative Control in Presidential Democracies: Brazil and United States in Comparative Perspective”, she won the Best Doctoral Dissertation Prize 2005-2006, by the Latin American Political Science Association. She was an APSA/Fullbright Congressional Fellow, Visiting Scholar at Georgetown University, John Hopkins University (SAIS) and St. Antony’s College, Oxford. Lemos was also an Oxford-Princeton Global Leader Fellow, when she conducted research on oversight over the executive branch and on bilateral treaty agreements, and has published in RIPE, Latin American Politics and Society, among others.

She also acted as Director of the Brazilian Association of Development, which congregates 34 banks and development agencies in the country, Vice President to the National Council of Planning Secretaries (CONSEPLAN), to the one of Management Secretaries (CONSAD), and is an active mentor for Columbia Women's Network. Currently, she is a Professor at IDP - Institute for Teaching, Development and Research, Brasilia, teaching Governance and Governability on their master’s degree in Public Administration and Guest Professor at Fundação Dom Cabral.

For her period in the School, she will write on fiscal policy guidelines for Brazil in the next years, pointing to necessary reforms, and on the practical results of development banks in the last mile. She will also convene a seminar on different challenges put to development agencies and banks around the globe and how they face them, be they on de-risking instruments or on financing climate change.