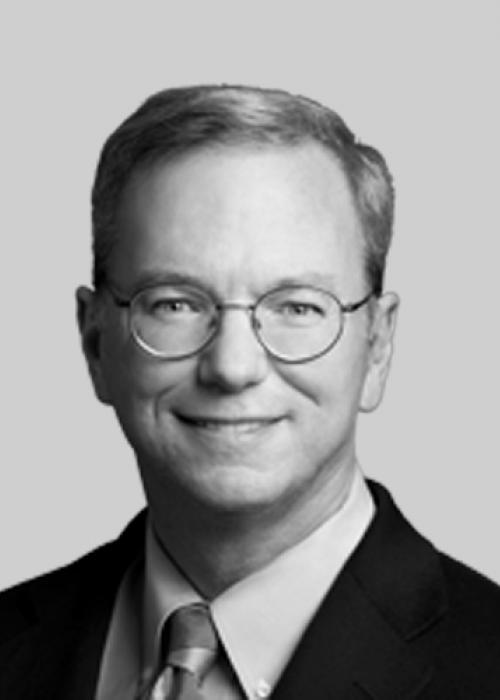 Dr Eric Schmidt is the former Executive Chairman of Google, he was responsible for building partnerships and broader business relationships, government outreach and technology thought leadership, as well as advising the CEO and senior leadership on business and policy issues. From 2001-2011, Eric served as Google’s chief executive officer, overseeing the company’s technical and business strategy. Prior to joining Google, Eric was the chairman and CEO of Novell and chief technology officer at Sun Microsystems, Inc. Previously, he served on the research staff at Xerox Palo Alto Research Center (PARC), Bell Laboratories and Zilog.

Eric is a member of the President’s Council of Advisors on Science and Technology and the Prime Minister’s Advisory Council in the UK He was elected to the National Academy of Engineering in 2006 and inducted into the American Academy of Arts and Sciences as a fellow in 2007. He also chairs the board of the New America Foundation, and since 2008 has been a trustee of the Institute for Advanced Study in Princeton, New Jersey. He holds a bachelor’s degree in electrical engineering from Princeton University as well as a master’s degree and PhD in computer science from the University of California, Berkeley.