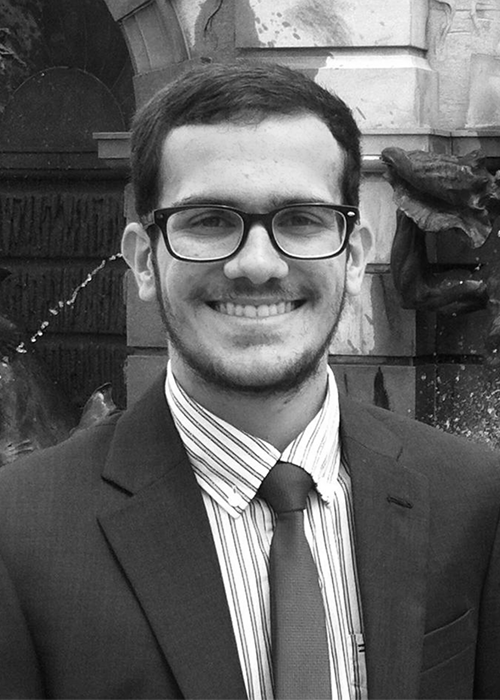 Danilo is a Research Officer at the Global Economic Governance Programme based at the Blavatnik School.

He is a DPhil in Law candidate at the University of Oxford, researching the effectiveness of multilateral development banks' compliance mechanisms from a business and human rights perspective through a conditional international law theory approach. Prior to joining Oxford, he acted on behalf of victims of corporate environmental and human rights abuses in transnational civil liability litigation before UK and EU courts; coordinated the Judges and Prosecutors segment of the 8th World Water Forum; and clerked for Justice Antonio Herman Benjamin at Brazil's Superior Electoral Tribunal.

At Oxford, Danilo has acted as Research Assistant at the Bonavero Institute of Human Rights (working primarily on the Bonavero Reports Series) and as Assistant Convener of OxBHR (Oxford Business and Human Rights Network). Danilo is also a member of the IUCN's World Commission on Environmental Law (Climate Change specialists and Early Career groups) and of the Global Business and Human Rights Scholars Association, as well as a reporter for OUP's Oxford Reports on International Law in Domestic Courts. His research interests include business and human rights, global governance, international environmental law, and public international law, and he has co-submitted evidence to the UK Parliament on those topics.

Danilo holds an LLM in International Law from the University of Cambridge (First Class, Hugh Bevan Award), where he edited the Cambridge International Law Journal, and an LLB from the University of Brasília, Brazil, where he has also been admitted to the Bar (the Order of Attorneys of Brazil). He speaks English, Portuguese and Spanish, and has working knowledge of German and French.

In his free time, Danilo enjoys making music, tweeting, using the Oxford comma, and writing in the third person.