Why should politicians and policymakers care about science and technology? 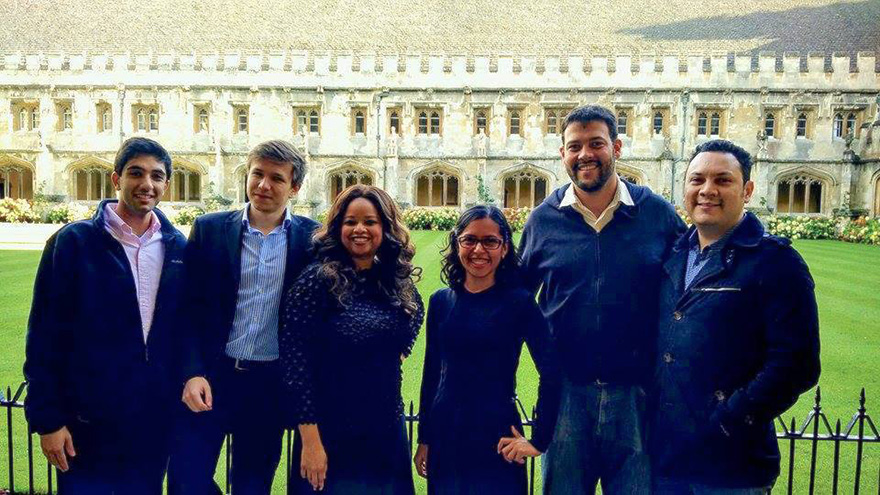 History has shown that technological change is inevitable. Seventy-five years ago, it took hours to decode Enigma. Today, nearly 2 billion people use smartphones to instantly access an endless repository of information. Other revolutionary technologies, such as artificial intelligence, drones, and gene editing, will re-shape the future in ways that are hard to predict. Technology can offer many benefits to society if policymakers and scientists work together to make improvements in four key areas: scientific illiteracy, international collaboration, security, and access inequality.

According to a Pew Research Center study, 84% of scientists in the United States believe that scientific illiteracy is a major problem. It follows that 89% of these scientists agree that climate change is mostly the result of human activity, while just 50% of Americans have a similar view. Ninety-eight percent of scientists believe in evolution compared with 65% of the US population. These discrepancies are not due to a lack of scientific evidence but instead to a failure of politicians and scientists to effectively communicate this data in a way that the general public can understand.

Global collaboration and diplomacy in technology have increased since World War II. For instance, diplomacy efforts between the United States and Cuba have resulted in access to better technological equipment and increased opportunities for international scientific exchange and discovery for Cuban scientists. Negotiation of the Iran nuclear deal has placed scientists at the forefront of discussions concerning how new policies impacting future international relations will be shaped. Despite this, more collaborative effort is needed. International policy could also help bridge the gap between developing and developed nations through technology transfer.

Another challenge is the growing digital divide that exists both within countries and between developing and developed nations. Technology inequalities affect individuals across varying demographics and ideologies. The percentage of households in Europe with internet access is 82%, followed by 60% in the Americas, 40.3% in the Middle East, 39% in Asia and the Pacific, and 10.7% in Africa. Only one-third of the population in developing countries has internet access. Mark Zuckerberg, the CEO of Facebook, has declared that “connectivity” should be considered “a human right.” The company has recognized that failure to address inequality in technology will only worsen the problem, as an additional five billion people may be excluded from access. Facebook has made efforts to remedy the problem through internet.org. A satellite to improve internet access is also in development. Likewise, Google has worked to narrow the gap between those who are part of the internet age and those who are not through Project Loon.

Government should take more of an active role in developing and supporting initiatives that benefit those without technology access. Such efforts are needed to prevent economic stagnation perpetuated by the gap in productivity and income that exists as a result of technology access inequality.

Finally, governments should provide the right incentives and engage the private and social sectors in the development of technologies and new applications of existing technologies that have the potential of benefiting society and the economy. For instance, a growing number of public-private partnerships are propelling research, innovation, and access. Some examples include better internet connectivity (Egypt), increased access to government services (India), and improved infrastructure through a submarine cable system installation that will connect 21 countries (Eastern Africa). Initiatives such as providing tax credits and low-interest loans for companies spur research and development in Asia.

Working together, scientists and policymakers can identify areas of need, establish scientific priorities, and determine how initiatives can best be implemented and secured in the communities they serve. Thus, we will all benefit from their cooperation in this rapidly changing world of technological innovation.

The authors are all studying for an MPP at the Blavatnik School of Government. This blog post was co-written as part of the MPP induction. See their profiles by following the links: Ameen Barghi, Liliana Estrada-Galindo, Mikolaj Firlej, Joao Francisco Araujo Maria, Dorkina Carmell Myrick, Miguel Enrique Renteria-Rodriguez.
Technology