“Stronger Together”: how democracies can confront illiberalism 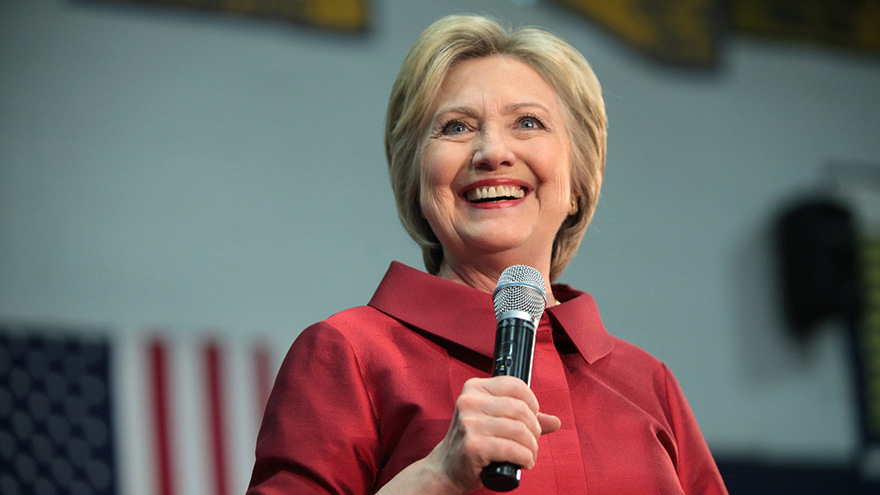 Earlier this month the Bonavero Institute of Human Rights hosted a conference entitled Confronting Illiberalism to commemorate the 70th anniversary of the Universal Declaration of Human Rights. The day prior to the conference, Mansfield College erected a statue of Eleanor Roosevelt, the highly political US First Lady who, following her husband’s death, became the US Representative to the UN Human Rights Commission.

The conference included three panels focusing on the roles of the press, civil society, and universities in confronting the rise of illiberalism. Earlier in the day, in homage to Eleanor Roosevelt’s instrumental role in the passage of the Declaration, another politically savvy American First Lady, former Secretary of State Hillary Rodham Clinton, gave the keynote address. Only recently reentering the political sphere following her 2016 presidential run, Clinton used the opportunity to lay a sweeping view of the current state of human rights and the illiberal forces confronting democracies around the globe.

She offered a framework for the democratic path forward, while consistently revisiting the forces she believes pose the greatest threat to democracy: autocrats, adverse effects of technology, and human rights violations.

Among Clinton’s suggestions were:

Throughout her keynote address, Hillary Clinton’s vision of the world offered a sharp contrast to her former political opponent, US President Donald Trump. In a year where President Trump has expressed admiration for dictators and contempt for NATO and G7 allegiances and the media, Clinton called on democracies to stand together to protect human rights and the right to a free press. Throughout her speech, Clinton offered a global version of her campaign slogan that we are “Stronger Together.” She called on defenders of democracy worldwide to stand together and not let “fear or bias force us to give up the values that made our democracies both good and great”. She even called on technology companies like Facebook and Google to join this coalition to promote democracy, rather than “give into the allure of untapped markets”. She emphasised the importance of democratic countries coming together to lead the world through a difficult moment, just as they did when the UN, emboldened by Eleanor Roosevelt’s commitment, passed the Human Rights Declaration, and institutions such as NATO and the United Nations which are so vital to Clinton's worldview were founded.

As two American women studying public policy abroad and wearing “Nasty Woman” t-shirts as we write this blog post, we listened to this speech with a feeling of nostalgia for an era that never came. Listening to Clinton’s call to action, however, reinforced the necessity of civic engagement and re-inspired us to commit our careers to the ideals that she has unequivocally fought for throughout her entire career: as a young lawyer advocating on behalf of children; as the First Lady of the United States fighting for healthcare; as a Senator from New York allocating resources for 9/11 first responders; as the US Secretary of State representing the interests of women in foreign affairs; as the first female presidential nominee of a major party; and now as a private citizen. With her career in public service behind her, and ours in front of us, we are reminded of Senator Ted Kennedy’s words that “the work goes on, the cause endures, the hope still lives, and the dreams shall never die.”

Catherine Wall and Elise Barber are currently studying for a Master of Public Policy at the Blavatnik School of Government.
Democracy and politics Global cooperation
...
Law Inclusion