Eastern Europe and Brexit: Avoiding an ‘ever looser union’ 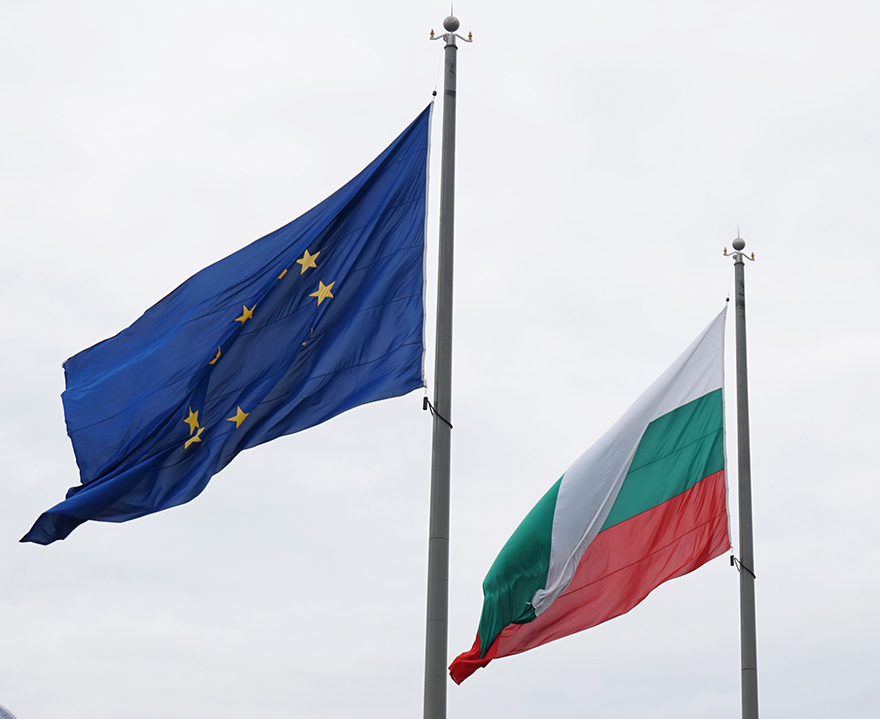 As the Bratislava summit of the other 27 EU member states nears, shuttle diplomacy has intensified. After Theresa May’s tour of European capitals in late July, Angela Merkel met with fellow leaders last week. Both have had to acknowledge the concerns of Central and Eastern European countries – Slovakia for example holds the current presidency of the Council of the EU, whereas around 800,000 Poles are estimated to currently reside in the UK.

[caption id="attachment_8373" align="alignnone" width="880"] Bulgaria will be taking on the presidency of the European Council in 2018. Source: Wikimedia.[/caption]

The issue topping the agenda is obviously immigration, most specifically the movement of people from Eastern Europe to the UK and how this freedom might be reduced in the future. May has interpreted, rightly, the Brexit vote as an expression for a desire for less such migration.

However, it is unclear what the UK can offer to countries in the region in exchange for reducing the freedom of movement, which has so far been their single most visible benefit from EU membership. While there is general recognition that some sort of reciprocal arrangement should guarantee the right of EU citizens currently residing in the UK to remain in the country and vice versa, there is much ambiguity on everything else.

For central and eastern European states, however, the issues go far beyond the question of immigration. With the UK out of the EU, the combined weight of non-euro countries within the EU falls from around 40% to just around 16% of the combined GDP of the Eurozone countries.

Furthermore, without London all major European financial centres are now within the euro area. The UK has played an important role in balancing the interest of euro and non-euro countries and in avoiding the creation of closed Eurozone institutions (such as in the case of the European Banking Union, which non-euro countries can join without adopting the single currency). Brexit thus also means the loss of an important EU partner for Eastern Europe.

It is yet conceivable that Brexit can accelerate a tendency towards a two-speed Europe. In the short term, the trade-off for the UK seems to be between access to the single market and immigration. The EU is unlikely to accept a deal which gives the UK the chance to have its cake and eat it too, that is, to keep access to the single market without freedom of movement.

It is possible then that euro area countries could propose a deal where freedom of movement is restricted and there is some access to the single market at the expense of the profitable British financial industry, which Paris or Frankfurt (or Amsterdam) might be keen to lure by withdrawing ‘passporting rights’.

May would then find it hard to refuse such a deal that corresponds closely with the wishes of the electorate for less migration and which resonates with her rhetoric for more ‘responsible capitalism’ aimed against the financial excesses of the City of London. Eastern Europeans will be the clear losers from such a deal.

In the medium-term, however, the situation can become even less favourable to Eastern European countries as increased cooperation among the ‘core’ euro area countries leaves non-euro countries in a loose periphery. There are some valid and legitimate reasons why countries within a currency union need to build additional institutions to ensure the stability of the euro.

The devil, as always, is likely to be in the details – so far negotiations have yielded governance agreements that balance the interests of the euro area against the broader interests of the single market. However, should the euro area choose to pursue ‘closed’ integration after Brexit this would likely come at the expense of key priority areas for Eastern Europeans.

In particular, this would slow down efforts to complete the digital, capital, and energy union projects related to the single market, reopen the Pandora’s Box of contributions to EU budget and structural funds, and lessen external pressure for reform in domestic areas such as the rule of law.

Seen from this perspective, Brexit poses important risks for Eastern Europeans. In the short term, countries from the region should push against ideas trading freedom of movement for finance, while in the medium-term they need to argue for adequate governance arrangements covering euro and non-euro countries.

This can only be achieved if countries from the region establish an effective coalition within the EU. This will not be easy, particularly given the rather strained relations between key countries such as Poland and Hungary with Brussels. However, there must be a general recognition that working together and through EU institutions, even if there is no love lost, is the most effective way to safeguard Eastern European interests.

Negotiating bilaterally with the UK outside the EU framework or allowing Brexit negotiations to follow purely intergovernmental logic is likely to significantly reduce the already limited leverage such countries have.

This general orientation can and should be translated into specific policy actions, ranging from holding more informal meetings among such countries (in response to closed informal meetings held by core EU members) to placing particular emphasis on initiatives that build on the single market.

Some might join existing open euro-area structures without adopting the single currency, such as for example the European Banking Union. Bulgaria’s upcoming presidency of the Council of the EU in early 2018, the first by a non-euro country since the UK referendum, presents an important opportunity to put such issues at the forefront at a time when key elements of the Brexit deal will be taking shape.

Regardless of the particular policy content, the strategy for Eastern European countries should be clear: cooperation in an attempt to avoid an “ever looser union”.

This article was originally published by EurActiv - see the original piece here.

Ivaylo Iaydjiev is studying for a DPhil in Public Policy at the Blavatnik School of Government in Oxford. He is a senior researcher at the European Policy Institute in Sofia.
Global cooperation Democracy and politics